Dr. Williams’s Glossary of Terms for Cosmetic and Reconstructive Surgery

Botox®
Cosmetic injectable that relaxes facial muscles to temporarily treat and reduce wrinkles in the face.

Blepharoplasty
A surgical procedure to remove fat, excess skin, and muscle from the upper and lower eyelids.

Brachycephaly
A facial defect characterized by a high and wide forehead region with the eyes unusually far apart on the head.

Brow Lift
The surgical lifting of the skin and muscles to raise the brows and smooth the wrinkles and furrows on the forehead. (Also see Upper Facelift)

Cleft Lip
A congenital defect where the upper lip is split, either in the middle, on one side, or on both the sides of the mouth. Cleft lips can be accompanied by missing teeth, misalignment of the jaw, or breathing problems.

Cleft Nose
A congenital defect where a cleft, or split, affects the appearance of the nose and nasal passages and can affect breathing.

Cleft Palate
A congenital defect where there is a cleft or a separation in the palate (also known as “the roof” of the mouth).

Coronal Synostosis
The improper or untimely fusion of the suture that runs across the skull from ear to ear. It is exhibited by prominence of brow and/or forehead on one side of the head in which the eye differs in shape from the one opposite.

Cosmetic Surgery
Cosmetic surgery refers to a subset of plastic surgery concerned with aesthetic enhancement and correction of structures of face and body for aesthetic reasons.

Craniofacial Surgery
A specialty subset of maxillofacial surgery, targeting areas of the skull, jaw, and face affected by congenital deformities.

Craniosynostosis
A birth defect of the face where the fibrous joints (called sutures) of the skull fuse improperly and prematurely.

Dentofacial Surgery
Refers to reconstructive surgery of the jaw involving the alveolus, the bone where the teeth come out, and requires the joint efforts of a reconstructive facial surgeon and orthodontist/ dental specialist to perform.

Deformational Plagiocephaly
A deformity of the skull caused by repeated pressure to the same area of the head and a subsequent asymmetrical head shape in infants.

Dermal Fat Grafting
Facial cosmetic surgery procedure that harvests a strip of fat and dermis from another region of the body for transplantation under the skin of the face or neck to reduce wrinkles and re-plump areas of lost volume.

Deviated Septum
The misalignment or off-centered position of the septum, the hard wall running down the middle of the nose, which cuts the nasal passages in half.

Dysport®
The only FDA approved competitor to Botox®, Dysport® is a cosmetic injectable made up of botulinum and is effective for wrinkle removal.

Endoscope
A tube, used for minimally invasive surgeries, to see underneath the skin.

Facelift
A surgical procedure involving the removal of excess skin and the re-draping of tissue on the face and neck to create a younger, tighter, and smoother look.

Facial Abnormality
An area on the face that is disfigured or abnormal compared to the average, natural shape either due to congenital defects, trauma, or disease.

Facial Implants
Silicone implants of various shapes and sizes surgically inserted into the face, used to enhance certain features of the face and improve symmetry.

Facial Cleft
A very rare birth defect where the cleft, or separation, lies in the middle of the face, resulting in missing tissue and bone.

Facial contouring
The reshaping of the facial structure through surgical sculpting and facial implants to improve the face’s contour and overall balance.

Facial Fillers
Collagen-based injectables that reduce the look of fine lines and wrinkles and restore volume into areas of the face.

Frown lines
Vertical wrinkles or furrows found between the eyebrows, often thought to be caused by excessive frowning.

Genioplasty
Also known as chin surgery, this is a surgical procedure to enhance the chin, typically using facial implants or reducing the size of an overly prominent chin. A genioplasty can be performed for cosmetic or reconstructive purposes.

Juvéderm®
One of the most popular facial fillers working to reduce wrinkles and restore volume into areas of the face. Juvéderm® is made from hyaluronic acid, a substance naturally found in human collagen.

Laser Resurfacing
A cutting edge laser light treatment to ablate or remove layers of damaged skin to improve the look of wrinkles, scars, blemishes, and skin tone and texture.

Microtia
A facial defect of the ear, causing them to grow improperly and sometimes causing the closure of the ear canal (atresia).

Nasal Abnormality
Defects of the nose, either caused by congenital defects, disease, or trauma.

Neck lift
Contouring the neck area with liposuction and tightening of the neck muscles and skin.

Otoplasty
Reconstructive or cosmetic surgery to reshape the look and position of the ears.

Pediatric Surgery
A specialized type of surgery for infants, children, adolescents, and young adults that is best performed by a surgeon that specializes in the field and has privileges at an accredited children’s hospital.

Perlane®
A facial filler made of larger particles of hyaluronic acid making it effective for the treatment of deep wrinkles and restoring volume in areas of the face.

Pierre Robin Sequence
A genetic condition in which an infant is born with a small lower jaw, too small for the tongue, and subsequently creates a cleft palate. Often this causes breathing problems in infants and corrective surgery is needed to move the tongue forward and/or enlarge the mandible.

Plastic Surgery
Plastic surgery is a surgical specialty concerned with the aesthetic enhancement and correction of the face, breast, and body.

Reconstructive Surgery
A surgical field dedicated to restoring the form and function of the various areas of the body that have been affected by trauma, congenital defects, diseases etc.

Restylane®
A facial filler made of hyaluronic acid used to reduce the appearance of wrinkles and restore volume into areas of the face.

Rhinophyma
A rare skin condition that occurs in severe cases of rosacea and is characterized by a bulbous red nose that make require surgical reconstruction.

Rhinoplasty
Surgical reshaping and restructuring of the nose to restore nasal function and/or repair a birth defect, effect from trauma, or enhance the overall aesthetic look.

Scaphocephaly
A condition caused when the suture, or joint of the skull found in the middle of the head, prematurely fuses resulting in a narrow, elongated skull shape.

Synostosis
The joining of adjacent bones, or other osseous material structures, which are normally distinct.

Torticollis
The involuntary contraction of the neck muscles which limits individual’s range of motion and results in the appearance of a turned head.

Trigonocephaly
A facial defect that causes the forehead to become pointed with eyes abnormally close together.

Vascular Malformations
Birth defects affecting the veins and arteries, the most serious type is known as anteriovenous malformations, that are present at birth and increase in size as a person grows. 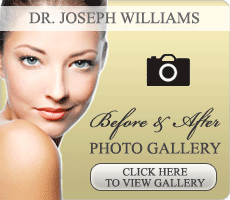