A surgical procedure to remove excess skin and fat and tighten underlying abdominal muscles, making the tummy flatter and slimmer in appearance.

The circular area of dark skin surrounding the nipple.

A procedure to correct the look of overly large or stretched nipples by trimming excess skin and reshaping the areola.

An incision for breast enhancement surgery that is made in the underarm of the patient. Unfilled silicone shells are placed into position and then endoscopically filled with a saline solution.

An injectable treatment used to relax the muscles around the eyes and forehead to minimize facial wrinkles.

A complication from a breast enhancement surgery where the breast implant falls too low, thus positioning the nipple too high on the breast.

Also known as an arm lift, a surgeon uses targeted liposuction and trims excess fat to contour the upper arms.

A surgical procedure to enhance the size and shape of the buttocks via fat transfer, which involves using liposuction to remove fat from one area of the body, purifying the fat, and then injecting the fat into the buttocks.

Cancer originating in the breast tissue. The two main types appear in the ducts that move milk to the nipple and in the lobules that produce milk.

The spread of cancer from the breast to additional areas of the body.

visual measure of thick glandular tissue within the breast compared to the amount of less dense, fatty breast tissue. Of particular interest to breast surgery patients as breast density can impede the identification of breast cancer during cancer screening (masking effect).

Breast enhancement, also known as a breast augmentation, involves the surgical insertion of a saline or silicone implant to augment the shape and size of the breasts .

Silicone shells, filled varying amounts of either saline or silicone solution, that are used in breast augmentation surgery to enhance the shape and size of the breasts.

The surgical rebuilding of the breast mound(s) and nipple after a mastectomy (the removal of one or both breasts in the treatment of cancer).

A surgical procedure for women with overly large breasts to remove glandular tissue, excess fat, and skin for a smaller and more comfortable breast size.

Refers to a revisionary or secondary breast surgery to correct a complication or change the look of the breasts from the original enhancement surgery.

A surgical procedure to enhance the shape and size of the buttocks, usually through fat transfers or silicone implants.

A surgical procedure designed for patients who’ve lost large amounts of weight to remove excess skin and tissue from the buttocks. Similar to other body lift procedures.

The fibrous tissue lining that your body forms around the breast area as a natural response to a foreign object being placed in the body. The most common complications from breast augmentation surgery arise from capsule contractures.

A surgical tube, inserted into the body, used for the removal of fat during liposuction.

A chemical skin treatment to remove the outer, damaged layer of skin.

The most common incision site for breast enhancement surgery that is made in the crease under the breast.

The measurement standard for the amount of volume a breast implant will hold.

A cosmetic injectable made up of botulinum that works to relax facial muscle and reduce wrinkles.

A breast implant complication where the implant is punctured, causing the implant solution to leak into the body.

A common condition, occurring at all ages, marked by overly large breast in males.

An injectable gel made of hyaluronic acid that fills in and smoothes the look of smile lines or “parenthesis” around the nose and mouth of mature adults.

The surgical suctioning of excess fat through a tube in order to contour various areas of the body.

Breast surgery procedure that removes isolated sections of breast tissue affected by breast cancer, instead of a mastectomy, which removes the whole breast.

A surgical procedure for men with overly large breasts (a condition known as gynecomastia) to remove glandular tissue, excess fat, and skin for a smaller breast size.

The tendency for dense breast tissue to impede the identification of cancerous tissues during a mammogram.

Surgical removal of a large portion of the breast (partial mastectomy), entire breast (mastectomy), or both breasts (double mastectomy) to stop the progression of breast cancer.

Also known as a breast lift, a procedure where excess skin is trimmed and supporting tissue is tightened to give the breasts a more lifted, youthful look.

A combination of post-maternity breast and body reshaping surgical procedures to enhance the look of a woman’s body after the effects of pregnancy.

An incision made through the navel in breast enhancement surgery where the implants are inserted unfilled, and then placed into the breast area using an endoscope.

An incision site for breast lift surgery or for inserting a breast implant during breast enhancement surgery, which is made on the outer rim of the areola. Also known as the peri-areolar technique.

The creation of a nipple mound using a flap of skin taken from other parts of the body or the reconstructed breast itself during a breast reconstruction procedure.

Emerging system that grades the state of breast cancer development and its risk of recurrence.

A smaller scale version of a full abdominoplasty where the skin is only lifted as high as the naval.

A facial filler made with larger gel particles; effective for filling in larger areas of depleted volume and treating deep wrinkles.

A combination of surgical procedures to trim excess skin and fat and to reshape the body after a patient has lost a significant amount of weight, either through diet and exercise or from bariatric surgery.

A facial filler made of hyaluronic acid that fills areas of depleted volume in the face to reduce the look of wrinkles and restore volume.

A liposuction technique, similar to tumescent liposuction, where a smaller amount of saline, anesthesia, and adrenaline solution is injected into the surgical area before suctioning.

A liposuction technique where a tube, called a cannula, is moved back and forth under the skin to break up the fat layers before suctioning the excess fat from the area.

A rare breast augmentation complication resulting from the over dissection of the implant’s tissue pocket, symmastia results in implants that touch to varying degrees and lack the natural valley or space in between breasts.

A breast reconstruction technique using a flap of skin from the tummy or the transverse rectus abdominus myocutaneous, also known as TRAM flap, to reconstruct the breast.

Stands for trans-umbilical breast augmentation or the insertion of unfilled implants through an incision in the naval during breast enhancement surgery.

A type of liposuction where a patient is first injected with a solution, made up of saline, anesthesia, and adrenaline, in order to reduce pain and bleeding.

A liposuction technique where a special tube (cannula) emitting ultrasonic energy is used to break up and liquefy fat cells before they are suctioned out of the body. 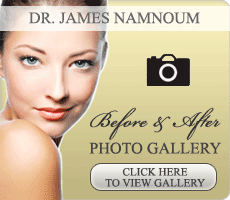