plastic surgery before and after photos

Plastic Surgery during WWI: Before and After Photos Released 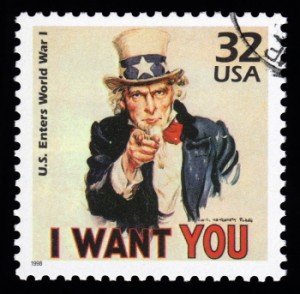 Plastic surgery has not always been what it is today; modern plastic surgery has come a long way in the past century. Although the first plastic surgery records date back more than 4,000 years ago, the field of plastic surgery took off in the 19th and 20th centuries due to the need to treat war injuries. Dr. Harold Gillies, a UK surgeon originally from New Zealand who would have been 130 years of age, was at the forefront of repairing soldiers’ faces in France during the First World War. Recently Dr. Gillies’ before and after plastic surgery photos from WWI were released online.

Focusing on his patient’s aesthetics, Gillies performed about 11,000 plastic surgery procedures on more than 2,300 soldiers between 1917 and 1925 with hopes to help them look comparable to their appearance before their injury. Available on the website FindMyPast.co.uk, descendants of WWI veterans can view a sampling of Gillies’ early work as well as other information about soldiers like their name, rank, and regiment. The records are not available to the general public for privacy purposes, but people who believe their family members were treated by Gillies can search for the photos.

Focusing on reconstructing injured faces Gillies also performed bone, muscle, and skin grafting to restore soldiers’ appearances. In fact, he was among the first surgeons to use a patient’s own tissue for reconstructive surgery.  Considered one of the fathers of modern plastic surgery, Gillies was even knighted in 1930 for his medical contributions. Debra Chatfield of FindMyPast.co.uk stated, “Without his pioneering developments in this field, plastic surgery might not be as advanced as it is today.”

The highly skilled surgeons of Atlanta Plastic Surgery are dedicated to the ongoing advancement of plastic surgery. As the oldest and most renowned practice in Atlanta, our surgeons are dedicated to providing a variety of cosmetic and reconstructive procedures for the face, breasts, and body. They often attend and speak at national and international plastic surgery meetings. Be sure to visit Atlanta Plastic Surgery’s website to get an idea of what plastic surgery procedures we offer, and check out our surgeons’ before and after photos for a sampling of our work. Contact us today to schedule a consultation to learn more about a specific procedure.

Could Facial Plastic Surgery Take Years Off My Appearance?

According to a study published in the Archives of Facial Plastic Surgery earlier this year, facial plastic surgery can make patients appear an average of seven years younger than their actual age. In order to determine this number, raters reviewed 60 facial plastic surgery patients before and after photos and stated each patient’s perceived age. Ranging from ages 45 to 72, the patients were divided into three groups. 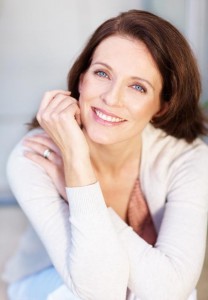 One group consisted of face and neck lift patients, another was composed of face and neck lift patients who also had upper and lower blepharoplasty (eyelid surgery), and the other group was made up of patients who received facelift, neck lift, upper and lower blepharoplasty, and forehead lift. The study’s results were based on the difference between what raters perceived patients’ ages to be before and after facial plastic surgery.

The highly skilled surgeons of Atlanta Plastic Surgery can attest that facial plastic surgery can make a huge difference in a person’s appearance and perceived age. Our plastic surgeons, however, also offer mini versions of facial plastic surgery procedures for patients who don’t want others to notice such a drastic difference like facelift procedures that target certain areas of the face. They understand that sometimes patients don’t want their friends saying, “Guess who looks 7 years younger?” Sometimes, patients want those results that will have their friends pulling them to the side to ask what the difference is because they just can’t pinpoint it themselves.