We’ve all heard about the obesity epidemic in America.  In fact, according to the National Institutes of Health, nearly 70% of adults over the age of 20 in the United States are considered overweight or obese.  However many men and women are making a concerted effort to change that trend, making weight loss something akin to a national obsession.  While the majority of people attempt to control their weight through traditional diet and exercise, an ever increasing number are undergoing weight loss surgery.  However this does not always give them the appearance they had hoped for, as weight loss surgery can often leave behind aesthetic problems that can only be alleviated through the use of post-bariatric plastic surgery procedures. 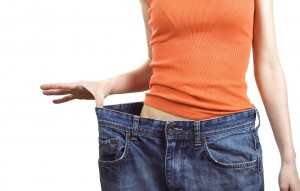 The American Society of Metabolic and Bariatric Surgery reports that 179,000 Americans underwent weight loss surgery in 2013, the most since 2009.  This means that, on average, roughly 500 weight loss procedures were performed every day.  Unfortunately, those who experience massive weight loss are often left with excessive amounts of sagging skin, particularly in the thighs, under the arms, around the abdomen and in the breasts.  Not only is this excess skin unsightly, but it can also be uncomfortable and even painful, interfering with exercise and other physical activities.  This is believed to be just one of the reasons that plastic surgery procedures related to weight loss have experienced and upsurge in popularity as well.

According to information gathered by the American Society of Plastic Surgeons (ASPS), procedures specifically associated with massive weight loss, including tummy tucks, thigh lifts, breast lifts and upper arm lifts, grew at their fastest rate in four years in 2014, with nearly 45,000 patients who experienced massive weight loss also opting to undergo plastic surgery to reshape their bodies.  The number of thigh lifts and arm lifts, which are designed specifically to remove excess skin in the, both increased by 9%, their biggest single-year increase in five years.  Similarly, breast lifts and tummy tucks, both more extensive body contouring procedures that lift and tighten underlying tissue in the abdomen and torso while removing excess skin, posted significant gains in popularity as well.

Although extremely effective and potentially life-changing, weight loss surgery is not the answer to every patient’s issues.  In many cases, it is just the first step in a longer process but by consulting with plastic surgeons earlier, patients can get a more realistic idea of what to expect and valuable assistance in formulating a plan for subsequent post-weight loss procedures.  If you are interested in learning more about how you might benefit from any of the various body contouring procedures we offer, please contact Atlanta Plastic Surgery, P.C. at one of our Atlanta, Alpharetta, Cumming, or Newnan offices to schedule a consultation.  Don’t forget to follow us on Facebook, Twitter, and Google+ for the latest plastic surgery news.