According to the American Society of Plastic Surgeons, one of the most popular facial procedures is rhinoplasty, with 244,000 surgeries performed in 2011. Coming from the Latin and Greek languages, “rhino” in Latin translates to nose and “plasty” means molding or forming in Greek. Rhinoplasty is a facial aesthetic procedure that reshapes the nose. Patients who are unhappy with the appearance of their nose can choose this surgery to alter the length of the nose’s bridge, width of the base, or shape of their nostrils. Many patients also choose rhinoplasty as a resolution to respiratory issues, such as a deviated septum. 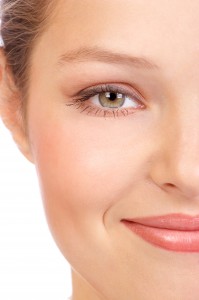 Since the nose has a complex internal structure, it is very important to choose a surgeon with a wealth of knowledge and detailed experience with this procedure. The highly skilled plastic surgeons of Atlanta Plastic Surgery have years of experience performing both cosmetic and reconstructive rhinoplasty. During surgery, an incision is typically made inside the nostrils to keep scars hidden. Sometimes a small incision is made externally under the nose to aid visualization during the procedure. The skin is then lifted to allow your plastic surgeon to address nasal shape and size. Cartilage can be grafted from other areas of the body, such as the ears, to augment the nose.

Both men and women undergo rhinoplasty to enhance their facial appearance. According to the American Society of Plastic Surgeons, male rhinoplasty was actually the most commonly pursued procedure for men in 2011. Patients also seek rhinoplasty for reconstructive purposes to improve air passage into the nasal airway and remove any breathing obstructions. Most patients have cosmetic rhinoplasty performed in combination with reconstructive rhinoplasty. To maintain a proportionate result, some patients also combine rhinoplasty with other facial procedures such as blepharoplasty or a mid-facelift to achieve a more rejuvenated, younger appearance.

Before any procedure, our surgeons take the time for pre-operative consultations where a patient meets his or her surgeon and discusses their area of concern, complete medical history, and aesthetic goals. If you’re interested in rhinoplasty or another procedure, schedule a consultation with one of our surgeons today, or visit our website to learn more about the other procedures offered.